The State of the Union(ization): Honing in on the Video Games Industry

Earlier, I wrote about what unionization generally entails, but that merely set the stage for what I really want to talk about: that’s right, games. In this part, I’ll dive a little deeper into the issues that are particular to unionizing in the video games industry.

The internet is filled with debates for and against the unionization of video game developers and artists. But before weighing the pros and cons, it’s important to consider the issues that arise in unionizing the games industry and shape the debate.

In many cases, video game studios are paid by the project. Developers at companies can be paid either by salary or by the project. But freelancers are typically paid on a per-project basis. This means that what unionization looks like in the video games industry depends very much on the level of organization.

A vertical union (within-company unionization) is an easier starting point because the workplace inherently creates structure. At larger studios, employees likely have similar rights and obligations through their employment contracts. This provides a lot of common ground. The challenge is in finding solutions that work for both junior and senior developers who might be coming from different bargaining positions.

A horizontal union (within-industry unionization) is more challenging because there aren’t as many grounds in common between workers. Developers employed by studios would have different concerns from those at smaller indie studios and freelancers. For example, studio employees might advocate for higher wages and rights upon termination, while freelancers might prioritize unemployment benefits and opportunities for continued education.

The nature of the work might make it more difficult for unionized developers to frame their position during negotiations. For example, the parameters for wage and overtime are more difficult to define than in industries that have set hours and shift requirements. If the goal is to complete a project, or if an employee is salaried, how many extra hours need to be put in for it to be considered “overtime”? Monthly or weekly hour caps might be a better way to go.

Being a Developer is a Dream Job

The number of video game development and design graduates is increasing every year. It’s a big deal to get hired out of school, let alone by a AAA studio. Unfortunately, this makes developers trying to break into the industry more vulnerable to exploitation. After all, it’s easier to take a pay cut when you’re trying to get your foot in the door. But this is all the more reason to have unions in place to protect the workforce and ensure that people going into junior roles are not being taken advantage of.

Some members of the games industry have voiced the opinion that unions undermine individual talent and merit-based advancement. Historically, unions gained popularity in environments where the labour force was producing similar outputs. But in video games, there is a great deal of variety in what individual developers bring to the table.

That said, other creative or individualistic industries have been unionized. SAG-AFTRA is a great example of diverse artists who still have common interests and are willing to band together to advocate for industry rights. Players’ associations for sports, like the NHLPA, also represent individuals with unique skills and abilities. So, the whole concept that unionization undermines or shrouds individual merit is untrue. Rather, unionization seeks to raise the standard of the industry as a whole.

These are just a handful of points to get the discussion going. But there are, of course, many other issues at play when it comes to unionizing the video games industry. 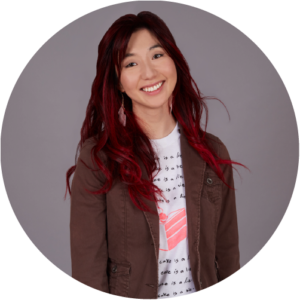